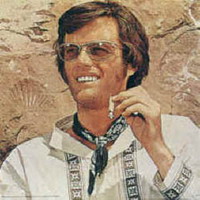 The Rolex watch that Fonda wore in the film was also part of the auction last weekend at Dallas' Heritage Auction Galleries. The prototype watch sold for $33,460 (23,653 EUR).

Heritage said the names of the buyers were not revealed.

"Vintage film fans were quite active in this auction, with material related to classic stars realizing stratospheric prices," said Doug Norwine, director of music and entertainment auctions for Heritage.

Aside from items offered by the 67-year-old Fonda, the auction included memorabilia related to Peter Frampton, Elvis Presley and Abbott and Costello.