Time magazine will ask Indonesia's top court to review a ruling that ordered the magazine to pay $106 million (74.9 million EUR). 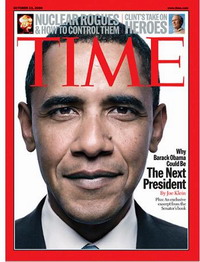 Time had run a cover story in its Asian edition in May 1999 saying that the family of Suharto had amassed billions of dollars during his 32-year rule.

Time had won two earlier court challenges to the story, but last month the country's Supreme Court reversed those rulings and ordered the magazine to pay damages and to apologize in leading Indonesian magazines and newspapers as well as in Time's Asian, European and U.S. editions.

The magazine said at the time that it stood by the story but did not make a specific comment on the ruling. The magazine has since obtained and reviewed a full translation of the ruling, and said in a statement Wednesday that the court gave "little rationale for either the ruling or the amount of the damages."

Time's international editor Michael Elliott said the magazine would file a petition for review to the court, asking it to reconsider its decision.

Time's article alleged that Suharto and his children amassed $73 billion (51.6 billion EUR), the bulk of it from oil and mining, forestry, property, banking and petrochemicals. It says the family lost much of the money during the 1997-98 Asian financial crisis.

Suharto, who like many Indonesians uses only one name, seized power in a 1965 coup that left up to half a million people dead. He ruled the country for the next three decades, killing or imprisoning hundreds of thousands of political opponents.