Several hospital employees have been suspended for allegedly peeking at George Clooney's confidential medical information after he was hurt in a motorcycle accident last month. 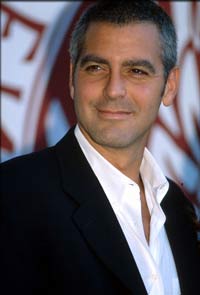 Clooney, 46, suffered a broken rib and scrapes in the Sept. 21 crash, while his passenger, Sarah Larson, 28, broke her foot. Both were treated at Palisades Medical Center in North Bergen.

WCBS-TV in New York reported Tuesday night that as many as 40 employees, including doctors, were suspended without pay, accused of accessing Clooney's medical records and possibly providing information to the media, a violation of federal law.

The Jersey Journal of Jersey City reported that 27 employees, but no doctors, had been disciplined, and only for looking at the records without authorization.

The investigation was not prompted by a complaint from Clooney, who said he only learned of it on Tuesday.

"This is the first I've heard of it," Clooney said in a statement. "And while I very much believe in a patient's right to privacy, I would hope that this could be settled without suspending medical workers."

A spokeswoman for the union representing some of the workers said they had been suspended without pay for four weeks.

"We believe this is a harsh penalty and an overreaction," said Jeanne Oterson, a spokeswoman for the Health Professionals and Allied Employees union, adding that a grievance could be filed pending further investigation.

Eurice Rojas, the hospital's vice president of external affairs, told The Jersey Journal that hospital officials do not believe any employees leaked Clooney's medical information, but some did improperly access his records.

Federal law mandates that only direct caregivers - including doctors, nurses, technicians and support staff involved in a patient's care - see such information.

Rojas did not return after-hours messages from The Associated Press seeking comment.

Clooney and his companion were injured when the actor's motorcycle and a car collided on a narrow road in Weehawken, across the Hudson River from New York City.