R. Kelly to show his style on upcoming US concert tour

R. Kelly's twisted taste could be seen on his upcoming U.S. concert tour. 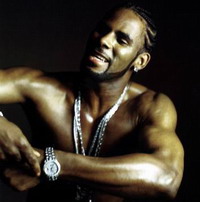 R. Kelly to show his style on upcoming US concert tour

The singer announced Tuesday that he will open the tour in Columbus, Georgia, on Nov. 14. He will be joined by Keyshia Cole, Ne-Yo and J.Holiday.

"Trapped in the Closet" is a 22-part ghetto soap opera with a cast of characters including a well-endowed midget, a gay pastor and a convict named `Twon. Kelly, 40, released a DVD of the strange saga in August.

Kelly was charged with child pornography in 2002 and is accused of engaged in videotaped sex acts with an underage girl. Kelly's trial in Chicago was postponed last month because the lead prosecutor had a baby. A new date has not been set.

Kelly's spokesman, Allan Mayer, said on Tuesday that Kelly was in the process of getting court permission to travel on the tour. Mayer said Kelly has received approval for previous tours and events outside of Illinois.