Former U.S. poet laureate Robert Hass will disclose a volume encompassing his thoughts on his beloved Northern California, savage rebukes of the war on terror and a lovable ode to cucumbers. 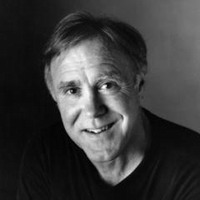 Also among the 44 poems in "Time and Materials: Poems 1997-2005," which came out Tuesday, are homages to 17th-century Dutch painter Johannes Vermeer and modern poet Czeslaw Milosz. Milosz, a winner of the Nobel Prize in literature, was Hass' close friend for more than 20 years, and his death in 2004 still saddens Hass.

Both men were professors at the University of California, Berkeley, and they would meet most Monday mornings to translate Milosz's works. Hass, whose white stucco house is only a few blocks away from Milosz's Swiss-style chalet, fondly weaves those memories throughout the book, including a conversation in which Hass describes to a befuddled Milosz the difference between the exclamations "O!" and "Oh!"

Hass said his obsession with minute linguistic details - not to mention two poet laureate postings (1995-1997), a relentless teaching schedule and Washington Post column on poetry - were the main reasons for the 11-year gap between collections.

His slow pace and reluctance to proclaim a poem worthy for publication constitute mental torture for Ecco publisher Daniel Halpern.

"It's like pulling teeth," Halpern said in an interview from Germany, where he is attending the Frankfurt Book Fair. Halpern began editing Hass' poems in 1971 and said he has never been able to rush him.

"What makes Bob different from most other poets is the way his mind works," Halpern said. "He's so interesting and smart in so many ways - and I don't mean in academics but in his understanding of the world. He creates his poems very carefully. He's not somebody who wants to publish anything until he believes in it."

For fans of Hass' previous works, "Time and Materials" is worth the wait. Publishers Weekly called it Hass' best collection in 30 years, highlighting Hass' "rare skill with long sentences, a light touch, a wish to make claims not just on our ears but on our hearts."

One of several poems that will make readers giggle is "Poem With a Cucumber in it." Hass describes various cukes: one swimming in yogurt dip in Crete, and another whose flesh is the color of the green flash in the sky after sunset. He muses:

Since cumbersome is a word,

Cumber must have been a word,

Lost to us now, and even then,

For a person feeling encumbered,

It must have felt orderly and right-minded

To stand at a sink and slice a cucumber.

Another whimsical winner - particularly for anyone who loves writing - is "The Problem of Describing Color," which first appeared in The New Yorker. Hass ticks off several reds: a cardinal, fire, blood welling from a cut and the single red hoop earring of a fortune teller who cheats at Tarot. By the short poem's conclusion, the reader is left marveling not at the "problem" but at the simplicity and precision of Hass' spot-on description.

Western outdoorsy types will particularly delight in the new collection, which includes imagery from a Sierra Nevada meadow and Marin County's golden hills during Indian summer. Hass, born in San Francisco in 1941, is often described as a California poet because of his accessible subjects, conversational style and nature themes. His poems are often sunny and breezy, rarely anguished.

His heroes are 1950s beatniks Gary Snyder and Allen Ginsberg, whose books line the walls in his office and that of his wife, poet Brenda Hillman. Hass graduated from St. Mary's College in Moraga, California, in 1963 and received his Ph.D. in English from Stanford University in 1971, though graduate school was disappointing.

"I thought it would be intellectual heaven, but it turned out to be a place to train scholars," Hass said. "It was not a good fit."

Instead of studying, he dove deeply into the politics of Vietnam and civil rights, and he focused on the political philosophy of great novels.

"I was slow coming to poetry - it didn't come to me until my early 20s," Hass said. "I found myself getting home at night, getting out folders and discovering a dozen or two dozen poets 15 years older than me. ... We were all obsessed with politics."

Hass, who taught literature at St. Mary's from 1971 to 1989, stokes his political zeal and progressive leanings in "Time and Materials." Several poems are deeply critical of President George W. Bush's administration and the Iraq war, which Hass called "the great appalling event of the last few years."

"My mind is turned constantly to the victims of the war - the American soldiers and especially the Iraqi people who did not sign up for it - the estimated 80,00 to 300,000 innocent civilians," he said. "I am not against the use of our military, as we did in Kosovo, to relieve human suffering. But this war, and the drumbeat of patriotism that always needs to make people forget the horror."

Former poet laureate Stanley Kunitz, who died last year, wrote in the early 1970s, "Reading a poem by Robert Hass is like stepping into the ocean when the temperature of the water is not much different from that of the air. You scarcely know, until you feel the undertow tug at you, that you have entered into another element. Suddenly the deep is there, with its teeming life."

The same is true three decades later. But acclaim has not gone to Hass' head. When asked his opinion of "Time and Materials," Hass took a long pause, started to speak, cut himself off, paused again and started in another direction.

"When you see a book, you see the difference between what you imagined and what you realized," he said with a sigh. "Do I like it? That question makes me think of Gene Hackman, who was asked what he thought of his movies, and he said, 'All I see is wrinkles."'