Mothers of the Plaza de Mayo rights group has earned a very high mark for its work in housing for the poor, as they toured a project to rehabilitate one of Buenos Aires' burgeoning shantytowns. 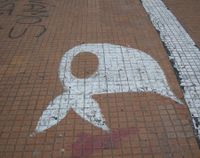 Kirchner, whose wife Cristina is backed by the Mothers' more political wing in this month's presidential election, joined the group in unveiling the first 24 units of hundreds of planned low-income apartments.

Through their Plaza de Mayo Foundation, the Mothers helped raise public and private financing and are employing about 1,000 poor workers for the project to rehabilitate one of Buenos Aires' burgeoning shantytowns.

"You can count on me as one more comrade working together with you," Kirchner told the group during the tour on Sunday, 30 years after they first donned white kerchiefs and marched to protest Argentina's military dictatorship.

The group's signature headscarves have come to symbolize their three-decade campaign to learn the fate of sons and daughters who disappeared during the 1976-83 junta. Some 13,000 people are officially missing from the "Dirty War" crackdown on dissent, though the Mothers say the toll is closer to 30,000.