Actor Warren Beatty will get the American Film Institute's award. 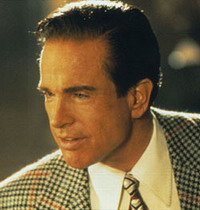 Celebrating its 40th anniversary, the institute announced Thursday that the Academy Award-winning filmmaker and actor would be honored as the 36th recipient of its life achievement award.

Beatty, 70, said he was told about the honor while going with wife Annette Bening to an AFI anniversary lunch.

"It's a very good feeling. It's always nice to be accepted," Beatty told The Associated Press. "I'm very happy to be part of and am actually quite proud to be a member of the film community."

The AFI award will be presented June 12.

Beatty won the best director Oscar for 1981's "Reds," which also earned him a best actor nomination. He had three other nominations as best actor for "Bonnie and Clyde," "Heaven Can Wait" and "Bugsy."

Never a prolific filmmaker or actor, Beatty has not starred in a movie since 2001's flop "Town & Country" and has not directed since 1998's "Bulworth." Beatty said he has a new film that he is writing and directing nearly ready to go.

"I'm on the verge right now. I approach it always from somewhat a combination of excitement and dread," said Beatty, who would not discuss details. "I find if I yak too much about it, it gives me a good excuse to put it off. For me, `right on the verge' can mean decades."

The AFI also honored Jean Picker Firstenberg, who is retiring after 27 years as the institute's chief executive officer.

Film historian Bob Gazzale, a senior executive at AFI for the last 15 years, will succeed Firstenberg as chief executive on Nov. 1.