US publicist-suicide has name for nude photos

David Hans Schmidt used to sell photos and videos of celebrities, usually when they were naked. Once he arranged nude pictures of two women at the center of sex scandals involving former President Bill Clinton. 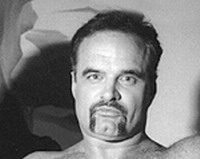 US publicist-suicide has name for nude photos

Schmidt, whose business earned him the nickname the "Sultan of Sleaze," recently agreed to plead guilty in a plot to extort more than $1 million (710,000 EUR) from Tom Cruise for the actor's stolen wedding photos.

But the final headline Schmidt made was his own: He committed suicide last week at the age of 47.

Police found Schmidt dead in his home on Sept. 28 after a monitoring device he was required to wear had not registered movement for some time. The medical examiner's office said he hanged himself.

His brother, Doug Schmidt, said he spoke to David Hans Schmidt by phone about two weeks before his death.

"He sounded pretty shaky in the voice, and he sounded like he didn't know what was going to happen in the end and how he was going to get through it," he said. "He felt his life spiraling out of control and didn't have a way to get out of it."

David Hans Schmidt's seedy deals began in 1992, when he arranged a nude photo spread in Penthouse magazine of Gennifer Flowers, who said she had a 12-year affair with Clinton before he was president.

A biography on Schmidt's Web site describes how he "got goose bumps up and down his arms" when he first had the idea of arranging for Flowers to pose. "Hey, if the Star (tabloid) paid Flowers $125,000 to give a kiss-and-tell story about her affair, I'll bet Playboy or Penthouse would pay her a million to go nude!" he wrote.

Penthouse spokeswoman Kathleen Berzon confirmed that Schmidt brokered the deal with Flowers but did not release the terms. A publicist for Flowers said she would have no comment.

An e-mail to Harding agent Linda Lewis was not returned. Jones could not be located for comment.

More recently, Schmidt tried to auction off Paris Hilton's diaries, along with photos of her in various stages of undress and other personal items that had been locked in a Los Angeles-area storage facility until a few months ago.

Schmidt "viewed himself as a true pioneer in his field of celebrity sleaze," said David Gingras, an attorney who represented Web sites interested in the photos and videos Schmidt offered. "David was cocky, confident and fearless."

But Gingras said that demeanor was markedly different when the two men went out for wine and steaks about three weeks before police found Schmidt's body.

"The swagger was entirely gone, and he seemed tired, quiet, contemplative and painfully aware of the end of his road approaching," he said. "David knew that the day he was released from prison, he would be homeless, broke, and his only possessions would be the clothes on his back."

Doug Schmidt said his brother liked to come off as a millionaire, but that kind of financial success eluded him.

"He always had a million-dollar deal going on," he said. "He always wanted to be the big shot, and he never got the big deal to back it up."

Doug Schmidt said his brother was always asking his family for money and that he was diagnosed as manic-depressive but never got treatment. But, he said, it was his brother's failed attempt at extorting $1.3 million (920,000 EUR) from Tom Cruise that sent him over the edge.

Court documents show Schmidt met with the actor's representatives and an undercover FBI agent July 24 in Los Angeles. At the meeting, he compared his actions to "legal extortion" and said he would "hunt down to hell and back" anyone who crossed him.

Schmidt agreed to plead guilty to a charge of attempted extortion and faced up to two years in federal prison and a $250,000 fine. He was scheduled to enter a formal plea on Oct. 11, according to his Los Angeles-area defense lawyer, Nancy Kardon. Court records also show Schmidt had recently filed for Chapter 11 bankruptcy protection.

"I think it's a very sad thing that he elected to hang himself," Cruise lawyer Bert Fields said. "Certainly no one wanted that despite what he did."