A woman sued Beyonce Knowles for illegally using her lyrics on the hit song "Baby Boy". 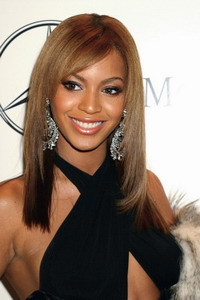 Jennifer Armour of Shakopee, Minnesota, claims Knowles, 26, took the lyrics from her song, "Got a Little Bit of Love for You." Her lawyer argued that the copyright infringement lawsuit - dismissed by a Houston judge's summary judgment in favor of Knowles last year - should be heard by a jury.

Knowles did not attend the hearing before a three-judge panel from the New Orleans-based 5th U.S. Circuit Court of Appeals, which was convening in Lubbock for three days of hearings.

The panel did not rule Wednesday.

Armour's attorney, Dana Kirk, told the judges that an expert analyzed Armour's slow and melodic version alongside Knowles' hip-hop song and that the two are substantially similar.

But Cynthia Arato, representing Knowles, said the standard for copyright cases is what an ordinary person hears, not an expert's analysis. The judge who heard the case in Houston last year had ruled the two songs were "substantially dissimilar."

Armour's lawsuit claims she heard Beyonce performing "Baby Boy" in 2003 "and recognized the hook and some of the lyrics from her song."

"I do believe it was the heart of my song," she said after Wednesday's hearing. "When I first heard it, it hit me."