Jagger's new album includes his best works from past 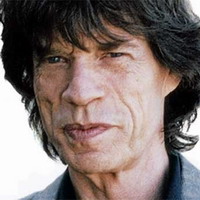 Jagger's new album includes his best works from past

Jagger's vacations from Keith Richards and the rest of the Rolling Stones are remembered in a new compilation, "The Very Best of Mick Jagger," which includes highlights from his four solo albums between 1985 and 2001 along with a handful of curios.

One song, "Too Many Cooks (Spoil the Soup)," is a rare pairing of a Beatle and Rolling Stone that had never been heard publicly. During Lennon's "lost weekend," a drunken period of separation from Yoko Ono that he spent in Los Angeles, he held Sunday afternoon jam sessions at the Record Plant studio. Jagger stopped by when he was in town.

The drill was the same: lunch was served, along with plenty of other substances, and the musicians would play what struck their fancy. Lennon had originally played guitar on this near-forgotten 1970 cut, then moved behind the console to produce instead.

"We found various versions of it lying around under people's beds," Jagger told The Associated Press in an interview. "An engineer would say, 'Well, my wife, who I'm divorced from, she had them under the bed but she's sold the house.' I'd say, `Oh, God, is this professional?' But we found a good-sounding master."

Jagger's collaboration with Bowie was a 1985 romp through the Motown hit "Dancing in the Street." His duet on "Don't Look Back" with the late reggae star Peter Tosh, which they sang together on a memorable "Saturday Night Live" appearance, was pulled off one of Tosh's albums.

The Stone's solo work flits across styles, but this collection emphasizes how he'd often take the time away from his day job to emphasize his love for soul music.

To a large extent, Jagger's solo catalogue has been forgotten. He was likely victimized by critical hype at the time; some glowing Rolling Stone reviews that Jagger did not live up to. Two of his albums were also released during a period of estrangement from Richards in the 1980s, and sniping comments from his partner hurt Jagger's rock cred.

Richards, who guards the Stones' legacy like an angry bear, criticized his partner for being obsessed with sounding younger than he was. He threw a wet blanket on Jagger's first solo album, "She's the Boss," in 1985.

"I don't think it was necessary for him to do that kind of album," Richards told an Australian newspaper at the time. "Making a solo's fine by me. But apart from the timing of it being a little screwed up, I thought it'd be something he couldn't do with the Stones, rather than an obviously commercial rock 'n' roll album. If it was Irish folk songs with a lady harpist I would have respected it."

It was not something Jagger was anxious to revisit in the interview: "I don't really want to get into the Keith area, thank you very much."

While a song like "Just Another Night" retains its crackle, some of Jagger's solo material suffers from dated production. When the percussion screams "1980s" and it is not the 1980s, it is a distraction.

The best song here is the most recent - "Old Habits Die Hard," made with Stewart for the "Alfie" soundtrack in 2004 - partly because it is impossible to tell when it was recorded.

"These kind of tunes represent the times they were in," Jagger said. "You can't avoid that. You can always do them again, but I don't see the point in that, to be honest."

Jagger said he doesn't consciously try to write differently for his solo work or the Stones, except when it's for a specific project like the "Alfie" soundtrack.

"Songs can be done in many different ways," he said. "Often it's not the song, it's the treatment of the song that makes a difference."

Each song, particularly each collaboration, brings back memories.

Jagger wanted U2's Bono for "Joy," since the song had a spiritual dimension and some of U2's work explored that area. He intercepted a U2 tour and set up recording equipment in the dining room of a dingy German country house. Bono, suffering from a throat ailment, wandered into the room in his pajamas to add a vocal.

Jagger was looking forward to writing songs with Kravitz. When he arrived at Kravitz's house in Miami, his host played a near-completed song.

"It's all him playing," he said. "All him drumming. There's no vocals. So I said, `Well, I thought we were going to write a song?' He said, `Now you have to write the lyrics for the song.' He completely finished it and then we got to write. It was a very odd way of doing it. Actually, it worked out. It was fantastic in the end."

Jagger has just finished a three-year period of touring with the Stones and is looking forward to some other projects, like producing a remake of the film "The Women."

Now an impossibly fit 64, Jagger has been dealing with retirement questions for half his life. It's becoming apparent that the Stones will roll on as long as Jagger and Richards are physically able.

"I look forward to doing more work with the Stones," he said. "We're not stopping anytime that I know about. I was just thinking the other night about what the next show would be."