Ban on abortions is risky for women's lives in Nicaragua

A recent abortion ban is putting women's lives at risk in Nicaragua. 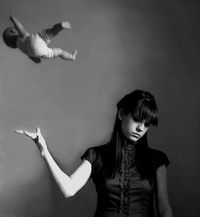 Ban on abortions is risky for women's lives in Nicaragua

Abortions already were rare in Nicaragua before the November ban, when women could get a so-called therapeutic abortion if three doctors certified that the pregnancy put their health at risk.

With that option now closed, doctors are afraid to perform any treatment that might appear to be an abortion, and women are dying for lack of legal medical treatment, doctors said.

"Nicaraguan doctors are now afraid of going to trial or jail and losing their license," Dr. Leonel Arguello, president of the Nicaraguan Society of General Medicine, told The Associated Press. "Many are thinking that instead of taking the risk, it is better to let a woman die."

In December, the Ministry of Health issued mandatory guidelines on still-legal treatments for women with obstetric emergencies, attempting to define the difference between abortions and legal interventions allowed in extreme cases.

Human Rights Watch and gynecologists, however, say those definitions are still unclear, and the Health Ministry has failed to ensure that doctors and women receiving medical care are protected.

"We are pushed toward illegality," she said.

Angela Heimburger, Americas researcher at Human Rights Watch's Women's Rights Division, said some women interviewed for the report, none of whom were identified by name, were even refused treatment after miscarriages.

Arguello said 82 women have died from treatable pregnancy complications between Jan. 1 and Sept. 15. He said six of those cases required a therapeutic abortion - including one involving an ectopic pregnancy, in which a fetus forms outside the uterus.

But Dr. Rafael Cabrera of the Nicaraguan Pro-Life Association disagreed with those figures, saying medical advances have eliminated the need for therapeutic abortion.

"The conditions that justified (therapeutic abortion) now have medical solutions," he said.

A spokeswoman for the Ministry of Health, Maritza Cuan, refused to comment.

Human Rights Watch said many women are even refusing to seek help for pregnancy-related complications because, like doctors, they "are afraid they will be accused of having induced an abortion."

Heimburger said Nicaraguan President Daniel Ortega has not studied the health effects of the abortion ban and has refused to take action against doctors who have denied women legal health care.

"President Ortega should immediately help mitigate the disastrous effects of this ban by prioritizing pregnant women's access to emergency medical care," Heimburger said. "Nicaragua's president needs to reassure women they will not be punished for trying to stay alive."

Ortega did not respond to messages from The Associated Press seeking comment.

The new law has been criticized by women's rights groups around the world.

On Sunday, members of the Nicaraguan Feminist Movement interrupted Mass at the capital's Metropolitan Cathedral to protest the ban on abortion.

"We want to highlight that women whose lives are in danger while pregnant also have rights," said Rosa Capella, who was among the protesters.

Wendy Flores, a lawyer for the Nicaraguan Human Rights Center, said she has asked the Supreme Court to declare the new law unconstitutional because it puts the lives of women at risk. But she said the court has so far ignored her request.