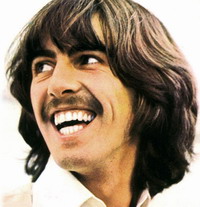 "Harrison's music and his search for spiritual meaning is a story that still resonates today and I'm looking forward to delving deeper," Scorsese said in an e-mailed press release from his publicists Leslee Dart and Tom Piechura.

Work has already begun on the film about Harrison's life and work, Olivia Harrison said in the release. The movie will include interviews and extensive archival materials and is expected to take a few years to make.

"It would have given George great joy to know that Martin Scorsese has agreed to tell his story," Olivia Harrison said.

Scorsese, who won his first Oscar this year for "The Departed," will produce the as-yet untitled documentary through Sikelia Productions, along with Olivia Harrison through Grove Street Productions and Nigel Sinclair through Spitfire Pictures.

Harrison, born in Liverpool, England, and the youngest of the Beatles, died at age 58 in Los Angeles on Nov. 29, 2001, after battling lung cancer and a brain tumor.

Known as the "quiet" Beatle alongside band mates Paul McCartney, Ringo Starr and John Lennon, the spiritually minded guitarist gained success after the group's break-up in 1970 with "All Things Must Pass," the live recording "The Concert for Bangladesh" and other works.

McCartney's publicist Paul Freundlich and Starr's spokeswoman Elizabeth Freund did not have an immediate comment when reached by phone Thursday.

Lennon was shot to death by a deranged fan in 1980.