Tavern on Green accused for sexually and racially harassing its employees

Tavern on the Green has violated federal law for at least eight years by sexually and racially harassing its employees. 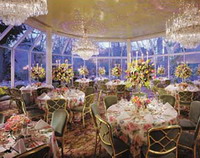 Tavern on Green accused for sexually and racially harassing its employees

In a federal lawsuit, the EEOC accused the Central Park landmark's managers and non-managerial employees of targeting black and Hispanic women, including a black hostess who said managers repeatedly groped her and made derogatory racial comments.

The lawsuit demanded that the court order the behavior stopped and that victimized employees be compensated with unspecified damages, including back pay and reinstatement in some instances.

Mara Levin, a lawyer for the restaurant, said in a statement that Tavern on the Green complies with all anti-discrimination and sexual harassment laws and will "vigorously defend this action."

The lawsuit was brought on behalf of Martha Nyakim Gatkuoth, a hostess for the past four years, and other unidentified employees who it said have faced harassment.

It said the restaurant's former director of operations had harassed Gatkuoth, demanding she engage in sexual acts with him and repeatedly touching and grabbing of her buttocks and breasts.

The lawsuit also said the former director repeatedly used racially derogatory language to refer to her and other black female employees.

Levin said criminal charges against that manager - who has not worked at the restaurant for two years - were dismissed after prosecutors concluded the charges had no merit and that Gatkuoth was not credible.

EEOC lawyer Kam S. Wong said Monday, "We absolutely find her to be credible, as well as other individuals victimized by the harassment."

The harassment extended to retaliation against employees who refused to consent to the harassment or objected to it, the lawsuit said. Those employees were denied additional work, lucrative assignments and had their pay reduced, it said.