Sean Kanan accused of driving under the influence in Los Angeles 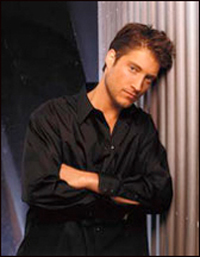 Sean Kanan accused of driving under the influence in Los Angeles

The daytime soap operas "General Hospital" and "The Bold and the Beautiful" star Sean Kanan has been charged with driving under the influence.

Kanan was arrested Aug. 18. He faces charges of misdemeanor DUI and driving with a blood-alcohol level above the state limit of .08 percent, city attorney spokesman Frank Mateljan said Wednesday.

Details of his arrest were not released. An after-hours call to Kanan's agent was not immediately returned.

He was scheduled to appear in court Monday, Mateljan said.

Kirsten Storms, who plays Maxie Jones on ABC's "General Hospital" and was Belle Black on NBC's "Days of Our Lives," was arrested last Friday in Culver City for investigation of driving under the influence of alcohol.