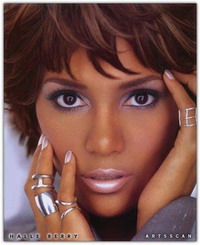 Oscar-winning actress Halle Berry is on 3 months of pregnancy.

The 41-year-old told the TV celebrity magazine "Access Hollywood" that she is three months pregnant. She identified the father as her boyfriend, Gabriel Aubry.

"Gabriel and I are beyond excited, and I've waited a long time for this moment in life. Now the next seven months will be the longest of my life!" Berry wrote in an e-mail.

Calls to Berry's manager Vince Cirrincione were not immediately returned.

Berry won the best actress Academy Award in 2001 for her starring role in "Monster's Ball."

She won an Emmy and a Golden Globe for her title role in "Introducing Dorothy Dandridge."