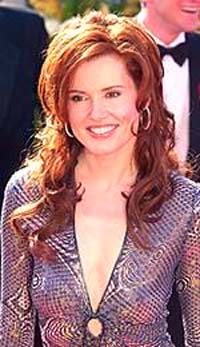 Geena Davis sued the owners of a Minnesota-based advocacy group for stealing her idea for a charitable foundation and promoting it as their own.

Davis, 51, said in court papers that she came up with the idea for the See Jane foundation, which encourages balanced gender representation in entertainment for children, in 2004.

She alleges that Kelly and Gruver agreed to be the project's fiscal sponsors after meeting with her and that she raised nearly $750,000 (EUR550,000) in donations for the foundation.

But the pair later informed her "that they were the owners of the See Jane project and whatever legal rights existed in the See Jane name and goodwill," according to the lawsuit.

Kelly and Gruver also told others they owned the project, and have used Davis' name and likeness without her permission to promote Dads & Daughters, Davis said in the suit.

Davis, who won a best supporting actress Academy Award for "The Accidental Tourist" in 1988, has also starred in "Beetle Juice," "Thelma & Louise" and the ABC series "Commander in Chief."

Duluth-based Dads & Daughters advocates for girls and creates programs and publications that support fathers involvement in their daughters' lives, according to the group's Web site.