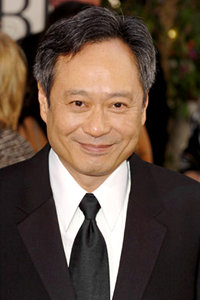 The Venice Film Festival was criticized by Taiwan on Tuesday for listing a movie by Oscar-winning Taiwanese director Ang Lee as originating in "Taiwan, China," saying that such label suggests the self-ruled island is part of mainland China.

China and Taiwan split amid civil war in 1949, but Beijing still considers self-ruled Taiwan as its territory and has threatened to retake it by force.

In a statement on its Web site, Taiwan's Mainland Affairs Council protested the Venice event's use of "Taiwan, China" to identify movies from the island and blamed China for the move.

"The black hand of China has entered the pure world of art," the statement said.

China routinely opposes Taiwanese membership in international organizations, which it sees as conferring the status of nationhood on the island.

"Lust, Caution" and "Help Me Eros" are competing for Venice's top Golden Lion prize while "Blood Brothers," screening out of competition, is the festival's closing movie. The event runs from Wednesday to Saturday, Sept. 8.

Venice Film Festival organizers did not immediately respond to an e-mail seeking comment.

Asked if it lobbied Venice organizers about the "Taiwan, China" label, spokesman Weng Li at the influential state-run film company China Film Group, which is distributing "Lust, Caution" in China, said the company didn't invest in the film and wasn't involved in the movie beyond its distribution.

The production company for "Lust, Caution," U.S.-based Focus Features, and Lee's assistant did not immediately respond to e-mails seeking comment.

Lee, renowned for his Oscar-winning films "Crouching Tiger, Hidden Dragon" and "Brokeback Mountain," grew up in Taiwan before leaving for the U.S. in the late 1970s, but both Taiwan and China view Lee as their hero. Lee won a best director Oscar for "Brokeback Mountain" in 2006.

"Lust, Caution," based on a short story by famed Chinese writer Eileen Chang, is about a group of patriotic students who plot to assassinate the intelligence chief of China's Japan-backed World War II-era government.