Hollywood actor Owen Wilson is recovering in hospital after a reported suicide attempt. Wilson, who was listed in good condition Monday after being taken from his home by ambulance the previous day for unknown reasons, had two movies in production and two more releases to help promote. 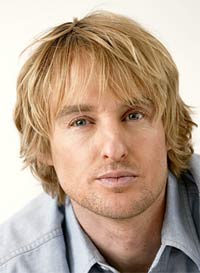 DreamWorks Pictures said in a statement that filming continues on "Tropic Thunder," a comedy starring Wilson that was set to begin production in the coming weeks.

The studio offered no details on whether Wilson's role in the film, directed by Ben Stiller and starring Jack Black, would be recast.

It was also unknown if Wilson's hospitalization would affect his appearance opposite Jennifer Aniston in the 20th Century Fox comedy "Marley & Me."

A Fox spokesman told the Hollywood trade paper Daily Variety that "it's a totally inappropriate question at this time" whether he would appear in the film.

Wilson's hospitalization could also keep him from helping promote "The Darjeeling Limited," in which he stars alongside Adrien Brody and Jason Schwartzman. The Fox Searchlight film was to be released Sept. 28.

Paramount also had a Wilson film due out in March: the Judd Apatow-produced "Drillbit Taylor."

Wilson's existing screen credits include "Wedding Crashers" and "You, Me and Dupree." He was nominated for a screenwriting Oscar for 2001's "The Royal Tenenbaums."

"I respectfully ask that the media allow me to receive care and heal in private during this difficult time," Wilson said in a statement released through publicist Ina Treciokas.