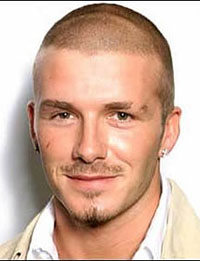 After England lost to Germany David Beckham flew back to Major League Soccer. He is committed to proving that his trans-Atlantic commute won't slow him down.

Still getting over a lingering ankle injury, Beckham played a full game for England in Wednesday's 2-1 defeat at Wembley. He boarded a flight back to Los Angeles on Thursday morning and aims to play for the Galaxy later in the day against Chivas USA.

Beckham, who flew to England on Sunday after the Galaxy's 5-4 loss at New York, has seven more games for the Galaxy and England between now and Sept. 16. He said that the long-distance travel did not affect his performance on the field.

"My body clock's slightly back into the way of life back here in England. So far it hasn't affected me. In the future, who knows? I can't say that it's not going to but, at the moment, it's not and I'll carry on playing for my country as long as I'm wanted."

Beckham didn't score and only had one shot in Wednesday's game. But he made 16 crosses, two of which almost led to goals.

"I thought I played well," he said. "I tired towards the end, but it was good to get 90 to 94 minutes out there. I haven't played many games. I've played about three games and trained about three times.

"Every time I step on to the pitch it feels like a trial. I'm always wanting to prove people wrong all the time. People expect that I can't handle the travel, then I have to prove them wrong. That's the only way I can do it, by playing well and winning games. We didn't win, but I'm happy to be out there for 90 minutes."