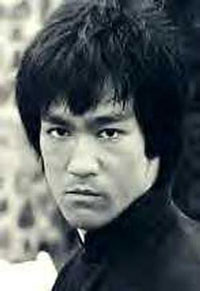 Fruit Chan, a Hong Kong director, plans to make a new movie about Bruce Lee – this time about his eaely years, a news report said Wednesday.

Chan said he hasn't yet cast an actor to play Lee in the movie, according to Sina.com.

The movie will be set in 1950s Hong Kong, revolving around the fortunes of Lee and another young kung fu student, Sina.com cited Chan as saying.

The report did not say who will fund "Kowloon City."

Chan, whose credits include "Made in Hong Kong," "Hollywood Hong Kong" and "Durian Durian," is known for his movies portraying Hong Kong's working class.

Another Hong Kong director, Stanley Kwan, said earlier he was negotiating with Lee's family for approval to shoot a movie about the late action movie star.

Kwan said his movie, backed by Chinese funding, will explore how Lee was influenced by the absence of his father, and how he brought up his own son, Brandon Lee.

In April, Chinese state media reported that the country's national broadcaster has started filming a 40-part TV series on Bruce Lee in an apparent bid to promote Chinese culture ahead of next year's Beijing Summer Olympics.

Bruce Lee was born in San Francisco but his family returned to Hong Kong, where he grew up. He went back to the United States to study philosophy at the University of Washington and married in 1964 in Seattle, where he opened his first martial arts school.

He later opened a school in Los Angeles where a producer saw him in a kung fu demonstration and cast him as Kato in the "Green Hornet" TV show.