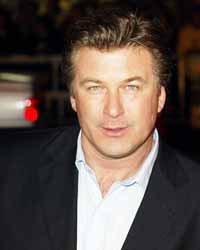 Alec Baldwin wants Floridians to be more aware of the plight of manatees.

The actor and producer has recorded two 30-second public service announcements for the Save the Manatee Club. The animals are on the federal endangered species list and at risk of being seriously injured or killed by boat strikes.

The Save the Manatee Club has a history of famous promoters. It was founded by musician Jimmy Buffett and former Florida governor and U.S. Sen. Bob Graham in 1981.

And this is not the first time Baldwin has taken action for the animals. In 2005, Baldwin voiced a marine biologist character on "The Simpsons" that was passionate about manatees.