A giant panda at the San Diego Zoo is pregnant again and expecting her fourth cub sometime in August. 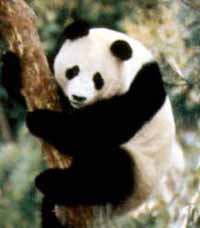 Her first baby, Hua Mei, which was born in August 1999, has given birth to three sets of twins since moving to China in 2004, including a pair in July.

Bai Yun, which translates as White Cloud, appears to have been impregnated seven or eight weeks ago by Gao Gao, the father of her two youngest cubs, the zoo said.