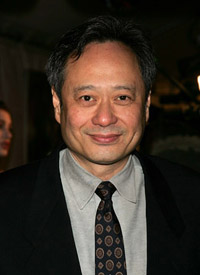 De Palma, Paul Haggis, Ang Lee and Wes Anderson will compete for the Golden Lion as a star-packed edition of the Venice film festival opens next month, organizers said Thursday.

Also aiming to win the coveted award are Kenneth Branagh, presenting "Sleuth" with Jude Law and Michael Caine and Ken Loach with "It's a Free World..." Joe Wright, also in competition, will open the festival on Aug 29 with "Atonement," the film adaptation of Ian McEwan's best-selling novel.

Of the 22 films vying for the Golden Lion about half are either American or British, giving the festival a distinctly English-language flair. All are world premiers.

Festival director Marco Mueller, unveiling the lineup in a Rome hotel, said all works in competition "stand out for their originality and personality" and noted that U.S. and U.K. productions can feature a "great dose of freedom."

At least two of the American movies deal with war in Iraq: "Redacted" by De Palma and "In the Valley of Elah" by Haggis, the director of the Oscar-winning "Crash."

Lee returns to Venice two years after his gay romance film "Brokeback Mountain" won the Golden Lion in 2005 and went on to earn Lee an Oscar for best director in 2006. This time, the Taiwan-born Lee presents a Chinese-language spy thriller -called "Lust, Caution" - about a group of patriotic students who plot to assassinate the intelligence chief of China's Japan-backed World War II-era government.

Anderson, the director of "The Royal Tenenbaums," brings to the lagoon city "The Darjeeling Limited," a comedy about three brothers traveling through India and starring Owen Wilson, Adrien Brody and Jason Schwartzman.

Peter Greenaway, Eric Rohmer and Nikita Mikhalkov will also be competing in one of the strongest lineups in years.

But like any festival, Venice hopes to combine art with glamour, and the rich program suggests some A-list Hollywood celebrities might hit the red carpet at the Lido.

Brad Pitt leads the cast of "The Assassination of Jesse James by the Coward Robert Ford" by Andrew Dominik; George Clooney stars in "Michael Clayton" by Tony Gilroy; Richard Gere, Cate Blanchett, Heath Ledger and Christian Bale are in the cast of "I'm not There" by Todd Haynes; Tommy Lee Jones, Charlize Theron and Susan Sarandon star in Haggis' movie, while Keira Knightley and Vanessa Redgrave star in "Atonement."

Woody Allen, Claude Chabrol and Takeshi Kitano will present their works outside of competition, while Bernardo Betolucci will receive an honorary Golden Lion award during the Sept. 8 closing ceremony.

The award marks the 75th anniversary of the film festival, the world's oldest. But because of war and other reasons, the festival wasn't held every year, and so this year's edition will only be the 64th.