An Indian computer engineer accused of groping women on a London-to-Philadelphia flight and later causing a disturbance in a courtroom has been sentenced to 69 days in prison, the time he has already served. 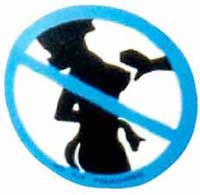 Thirumurthy Nakka Boomaiah, of Chennai, India, had pleaded guilty to interfering with a flight crew and is expected to be deported. He could have faced a prison sentence of up to six months. Assistant U.S. Attorney Tom Zaleski said the government was satisfied with the outcome of Tuesday's sentencing.

Boomaiah was arrested March 21 at Philadelphia International Airport. Passengers and crew complained that he had been rubbing the legs and genital areas of female passengers and threw water at a flight attendant who told him to stop. Crew members had to strap him to his seat.

During his first appearance before a federal magistrate in Philadelphia, Boomaiah had to be wrestled to the courtroom floor by marshals after he began to move toward a female clerk and shouted, "I am a man! I am a man!"

Doctors initially found him incompetent but said tests about a week later indicated he had regained competency.

His attorneys, James J. Eisenhower and Sean P. Whalen, said Boomaiah had not suffered from mental illness before, and that his behavior on the plane was an aberration.

"Boomaiah attended top universities in India and received a bachelor and master of engineering and a postgraduate diploma in management," the lawyers said in their filing to the court.