Parents of missing British girl to greet pope in Vatican 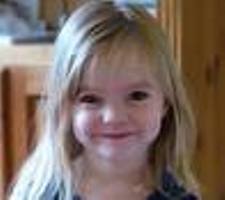 Parents of missing British girl to greet pope in Vatican

The parents of Madeleine McCann, a four-year girl went missing while holidaying with her family in Portugal in early May, in the front row of Pope Benedict XVI's general audience Wednesday to ask for prayers for their daughter.

The Vatican had readily accepted the British couple's request to meet with the pope, as they press their campaign to publicize their daughter's disappearance. Devout Catholics, they recently prayed at the pilgrimage site in Fatima, Portugal, for her safe return.

"Obviously we have very mixed emotions about being here, and of course why we are here." Gerry McCann said as he arrived in St. Peter's Square. "In normal circumstances it would be one of the most exciting things we could do in our own lifetimes, but very much on our minds is the fact that we are here without Madeleine."

Earlier this week Vatican officials said that the McCann family would be among the dignitaries and other notables brought up to greet the pope at the end of his weekly audience with the faithful in St. Peter's Square.

"We are talking about a family drama that has touched world public opinion. It could not but touch the Holy Father, especially since these people are Catholics," Benedettini said.

"The Holy Father is considered the father of all, therefore he was personally touched as a father," the spokesman said.

Madeleine McCann disappeared on May 3 when her parents left her and her 2-year-old twin siblings alone in their hotel room while they went to a restaurant in their hotel complex in Praia da Luz, a resort town in Portugal's Algarve region. Gerry and Kate McCann have said they will not return to Britain without their daughter.

After the audience, the family planned to give a news conference at the residence of Britain's ambassador to the Holy See.