Child director settles lawsuit with financier of his film 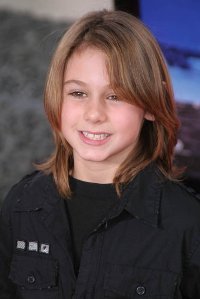 Child director settles lawsuit with financier of his film

An 11-year-old boy has settled a lawsuit against a woman he claimed demanded creative control over his short movie after she helped financing it, his attorney said.

Dominic Scott Kay, a child actor who was the voice of Wilbur the pig in "Charlotte's Web," sued Conroy Kanter, alleging she demanded creative control and distribution and promotion rights of "Saving Angelo" after she put about US$11,000 into the project.

The 15-minute movie stars Kevin Bacon and is based on Kay's real-life effort to nurse an abandoned, badly injured dog back to health.

As part of the settlement, Kanter will receive a producer credit and the young filmmaker will get full rights to the movie, said Kay's attorney, Dylan Ruga.

A call to Kanter's attorney was not immediately returned Wednesday.

Kay is still editing the movie and plans to submit it to the Los Angeles International Short Film Festival, Ruga said.