The University of Michigan receives record number of freshman applications

The University of Michigan has received a record number of freshman applications in the first year of a new selection process that does not use race and gender as factors when deciding which students to admit. 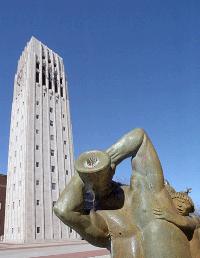 The University of Michigan receives record number of freshman applications

As of this week, 6,389 students had paid deposits, a 16.2 percent increase over the same period last year, and a 0.3 percent increase in deposits from minority applicants, according to a statement from the university.

Final enrollment numbers will be available in October.

University officials were forced to change their admissions policies after voters approved Proposal 2 in November. It bans the use of race and gender preferences in university admissions and government hiring and contracting.

Among the new factors the university is using is a demographic review that measures which schools and neighborhoods applicants come from and how well they are represented on the Ann Arbor campus.

The computer analysis called Descriptor PLUS uses a blend of geography and demographics to help supply background information about prospective students.

"After the passage of Proposal 2 ... we worked hard to make it known that the University of Michigan is a welcoming environment and a viable option for all students," Provost Teresa Sullivan said in a statement. "Led by President Mary Sue Coleman, the university has made it clear that we will make every effort within the law to maintain diversity among our student community."