The Maltese government has closed the spring bird hunting season early amid threatened legal action by the European Commission, which says the hunt violates EU rules. 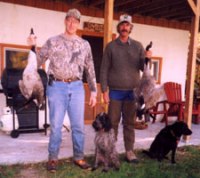 Environment Minister George Pullicino, who announced the early closure Thursday, said the government would "wait and see" about whether there would be any spring bird hunting season next year.

A 1979 EU directive prohibits killing wild birds, but allows certain species to be hunted during periods when they are not breeding or migrating. Exceptions, or derogations, can be applied for but only when there are no alternative dates for hunting.

Malta had allowed quail to be hunted from April 1-May 10, and turtle dove from April 10-May 20 this year. The early closure means the turtle dove season was cut short by 10 days.

The government acted after the European Commission sent a warning letter to Malta in 2006 saying there was a perfectly good alternative hunting season in the autumn. The Commission could take the case to the Court of Justice if it finds Malta hasn't brought its hunting into line with EU rules.

The dispute has led to acts of vandalism in and around a bird reserve that have been blamed on hunters and trappers upset that the government was cutting short the season.

Earlier this week, 3,000 pine saplings were destroyed near a bird reserve managed by BirdLife Malta, an environmental group. The saplings attract birds during their annual migration.

In March, oil was poured into ditches surrounding the reserve and vandals have also thrown open bottles of oil into the ponds of the reserve.

No one has been arrested.

Rudolf Ragonesi of the Gaia Foundation, an environmental group, said the vandalism showed an "unbridled hatred and contempt for nature, causing substantial harm to our islands and to future generations."