Katrina as name for baby sinks in popularity

As for baby names, Katrina is not popular these days in the United States. 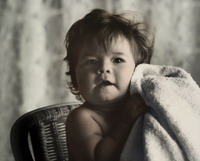 Katrina as name for baby sinks in popularity

From its peak in the 1980s, when Katrina regularly ranked among the 100 most popular names that parents chose for their daughters, it had gradually slumped to 247th by 2005, even before Hurricane Katrina smashed the Gulf of Mexico coastal states in late August of that year.

The name's association with the catastrophe has now knocked it out of consideration for most parents, sinking its popularity to the lowest ebb since the 1950s.

Only about 850 baby girls in the United States were named Katrina last year, according to new data released Friday by the Social Security Administration. That dropped the name more than 100 slots on the popularity list. At a rank of 382nd, it now sits just below Brenna.

The two states that suffered most of Katrina's wrath bucked the trend, if only in small numbers.

The national trend surprised Cleveland Evans, a psychology professor and names expert at Bellevue University in Nebraska. Usually, he said, publicity around a name - positive or negative - will cause it to spike. After Hurricane Camille devastated the Gulf Coast in 1969, for example, the name Camille quickly became more popular, he said.

"So many parents are looking for a new, unusual name, there are always a few of them who are going to take it from any cultural event," said Evans, past president of the American Name Society. "There must be some sort of (negative) threshold, and Katrina must have crossed it."

Still, he said, Katrina is unlikely to become extinct.

"This is not going to be a name like Adolf that's going to disappear and be unusable ever again," he said, referring to that name's association with Adolf Hitler. "Even though it will be associated with this disaster, I think there are enough other associations that it will continue to be a popular name."

That was the case with Scarlett and Stephen Billis, a Los Angeles-area couple who named their daughter Katrina last May.

Scarlett Billis said they were reluctant to use the name less than a year after the hurricane, but her husband had always liked it as a variation of Katherine, a family name. Also, their family is Greek, and the name is close to the popular Greek name Katerina.

"People ask if we named her after the hurricane," Billis said. "We didn't pick it because of that, and we were actually hesitant ..., but we do joke that our house looks like a hurricane hit."

Overall, the country's most popular names list has changed little since 2005.

Emily and Jacob remain atop the list. Emily has been the top girls' name since 1996; Jacob for boys since 1999.

Sophia cracked the top 10 list for the first time, and William returned after dropping off in 2005. Coming in last in the agency's rankings, which go only to 1,000, were Jarvis and Flor.

The Social Security Administration, which administers the nation's universal pension plan, releases the name rankings each year just before Mother's Day. The holiday is Sunday. The rankings are based on some 4.2 million Social Security card applications from 2006. The agency counts all spelling variations differently, so some names with alternate spellings - Ashley and Ashlee, for instance - are more popular than the rankings indicate.

Generally, Evans said, naming customs in the United States have grown increasingly decentralized, with far more variety than in the past. That explains how traditional names like John and Mary have been replaced by upstarts like Ethan and Emma on the most popular list.

"There are so many young parents who don't want to give their children one of the most popular names," he said. "It's much more spread out now, and one reason is that this information is now so readily available.