Actor Michael J. Fox appealed to scientists and investors Monday to aggressively translate scientific research into creative treatments for debilitating diseases, including the Parkinson's disease he has fought for more than a decade. 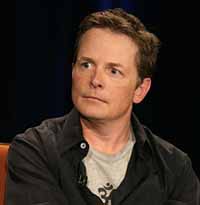 Fox said grants from the National Institutes of Health have created a system that mainly encourages academic scientists to publish papers that yield academically interesting answers. But the system fails to translate the discoveries into new treatments and cures.

Nor do pharmaceutical and biotechnology companies have an appetite for high-risk studies critical in determining whether creative ideas could yield therapies for the 20,000 human diseases that have no cure, Fox said. They are more interested in repackaging old ideas and compounds in an effort to continue reaping vast returns.

"Levodopa is the gold-standard treatment for Parkinson's ... But it's a little frustrating that the best drug we've got is one that's been around for 40 years. 40 years!" Fox said Monday at the BIO International Convention, a four-day event expected to attract more than 20,000 researchers, investors, activists and others.

"But, hey, credit where credit is due - I couldn't be happier about the recent advances. What comes to mind is antidepressants for dogs, which makes it a little easier for me because my dog is feeling better," said Fox, who either put one hand in his pocket or gripped the podium to control visible symptoms of his disease.

Fox noted government and commercial investments in medical research pump more than $100 billion (EURO73.45 billion) a year into the expensive and tricky search for new drugs, and there is much talk about finding more sources of finances.

"I'd argue that filling the unmet needs of patients across all diseases isn't about more money - it's about spending the money more effectively," he said.

He called on individuals, whom he said provide an additional couple of billions of dollars in private philanthropists capital to medical research, to raise their own bar of giving - saying "the grateful patient syndrome" does not help to encourage the development of new therapies.

"We are failing to incent the high-risk innovators who could really make a significant difference more quickly," he said.

"From a patient point of view, you are always more urgent, you always want to proceed at a better pace," Fox told The Associated Press. "And when you don't know where the finish line is, you don't know how fast to run. So, we are just trying to go as fast as we can, try to cover as much research as we can."

Fox, 45, who starred on TV's "Family Ties" and "Spin City" as well as the "Back to the Future" films, was diagnosed with Parkinson's in 1991 and revealed his condition publicly in 1998.

In 2000, he quit full-time acting because of his symptoms and founded the Michael J. Fox Foundation for Parkinson's Research. Last year, his foundation committed $7.5 million (EURO 5.51 million) across seven grant programs to 16 companies, and the number is expected to grow this year.

Fox has also invested personal energy and passion in the search for effective therapy for Parkinson's disease.

"There are times I am tired, there are times when there might be some stress related to the level of activity I am involved in, but I think that's offset by the passion, by the energy that I get from being involved," Fox said.