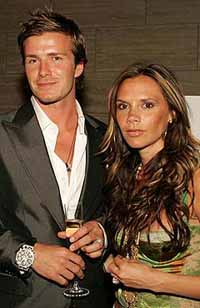 David Beckham and his wife Victoria are moving to Beverly Hills.

Beckham spokesman Jeff Raymond confirmed Monday that the Real Madrid midfielder - who is to transfer to the Los Angeles Galaxy in July - and his wife, the former Posh Spice, purchased a home. They plan to move when Beckham completes the transfer.

"I can only confirm they bought a home there," Raymond said.

Raymond wouldn't give any details about the home or confirm a Los Angeles Times report that the couple paid $22 million (EURO 16.2 million) for a 1,200-square-meter (13,000-square-foot) house on slightly more than an acre (.4 hectares) with city and ocean views.

Beckham, 32, signed a five-year deal on Jan. 11 with the Galaxy of the MLS and will join the team after his contract expires with Real Madrid.