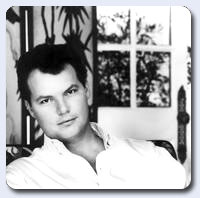 Christopher Cross, author of "Sailing," has filed for divorce after nearly 19 years of marriage.

The singer is seeking custody of the couple's 17-year-old son, Christopher, and 15-year-old daughter, Madison.

The Grammy winner co-wrote and sang "Arthur's Theme (Best That You Can Do)" for the 1981 romantic comedy starring Dudley Moore. It won the Oscar for best original song.