Pamela Anderson will replace Carmen Electra as special guest star in Hans Klok's new show, "The Beauty of Magic," at the Planet Hollywood Resort and Casino in Las Vegas, it was announced Thursday. 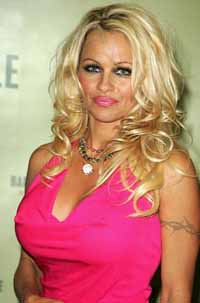 Electra, 35, said at a press conference last week she would be with the show for three months. Publicists had called it her stage debut in Las Vegas and promised "sultry surprises."

But Electra pulled out before the magic show's opening for "scheduling reasons," said Bill Taylor, the chief executive of Stage Entertainment, which produces Klok's show. "We couldn't work dates out."

In announcing her special guest appearance, Anderson, 39, popped out of an apparently empty box at the crowded Extra lounge at the former Aladdin casino-hotel on the Las Vegas Strip.

"My kids are going to love this," she said. "This is my dream of being a Vegas showgirl come true."

The grand opening of the show is June 2.