Car broker who bilked Nicolas Cage, others gets 5-year term

A classic-car broker who swindled actor Nicolas Cage and other clients before he was caught in Spain was sentenced Tuesday to five years in prison and $1.8 (EUR1.33) million in restitution. 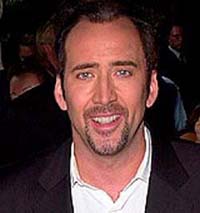 Car broker who bilked Nicolas Cage, others gets 5-year term

Peter Brotman, 47, sold collectables such as a 1964 Rolls-Royce, a 1988 Aston Martin and a 1954 Jaguar on consignment, then kept the money or used it to pay off earlier debts.

"The guy was extremely knowledgeable in the classic-car industry," Assistant U.S. Attorney Floyd J. Miller said after the sentencing hearing. "It's a very insular community of mostly wealthy people. They have these auctions at Pebble Beach, Monte Carlo, other places where the rich and famous meet."

He apologized in court Tuesday to his victims, saying he had made poor decisions, defense lawyer Noah Gorson said.

Gorson argued in court papers that Brotman went to Europe to pursue work so he could repay them. At one point, he pledged the proceeds of a $450 million (EUR331.32 million) art deal he hoped to broker, but questions arose about the authenticity of the 93 pieces.

Gorson, in the filings, blamed the financial scam on his client's "cash-flow problems."

Brotman, who has been detained, pleaded guilty in January to 14 mail-, wire- and bank-fraud counts.