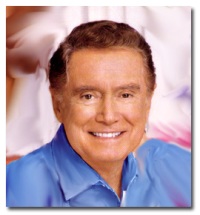 Regis Philbin says he will return to his syndicated daytime talk show, about six weeks after having triple heart bypass surgery.

Philbin called "Live With Regis and Kelly" on Monday to say he had been "through the wars" in his recovery but was building up strength by walking and lifting light weights.

He joked that when he returns to the show, he will not be the "fun-loving Reej" that he was before because his entire personality had changed.

The last time Philbin, 75, called the show, he complained about not having sex for 3 1/2 months. Co-host Kelly Ripa asked Monday if that had improved. Philbin joked that it was up to "five times a week."