The Los Angeles Philharmonic's music director, Esa-Pekka Salonen, stated that he will resign at the end of the 2008-2009 season to concentrate on composing. 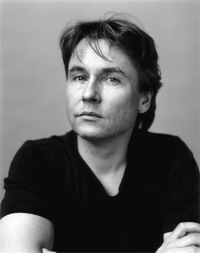 His successor will be Gustavo Dudamel, a 26-year-old Venezuelan conductor with limited experience conducting a professional orchestra.

Salonen, 48, said he will continue to conduct the Philharmonic and other orchestras.

"It is with love and pride that I regard all we have accomplished. As hard as this is, I know now that the right moment has come for me to step down," Salonen said in a news release issued by the Los Angeles Philharmonic Association.

The Finnish-born Salonen's scheduled resignation from the Philharmonic after 17 years would make him the nearly 90-year-old cultural institution's longest-serving director. He is credited with programing a creative lineup of performances and guiding the Philharmonic into its new home at the Frank Gehry-designed Walt Disney Concert Hall in 2003.

Dudamel, who was signed to a five-year contract beginning in the 2009-10 season, is a relative newcomer. He had never stood before a professional orchestra before winning a competition sponsored by the Bamberg Symphony in Germany three years ago.

Dudamel's U.S. debut was conducting the Los Angeles Philharmonic at the Hollywood Bowl in 2005.

"Los Angeles was the first orchestra to give me the opportunity to make my U.S. debut at the very beginning of my career," Dudamel told the Los Angeles Times. "The energy was very special from the start, and I love how open to new ideas the orchestra is."

Since then, he has conducted some of the world's most important orchestras, including the Boston Symphony and, on Thursday, the Chicago Symphony. He also has conducted at Italy's La Scala opera house.