Michael Jackson's gold record award for the "Thriller" album, a "Victory Tour" program signed by Jackson family members, and handwritten lyrics for the 1970 Jackson Five hit "ABC" are among the items to be auctioned next month unless the entertainer moves to block the sale, officials said. 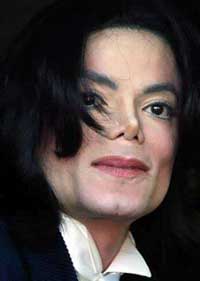 Arlan Ettinger, founder and president of Guernsey's Auction House, compared plans to sell more than 1,100 Jackson family items May 30-31 to an auction of Elvis Presley Graceland memorabilia he conducted in Las Vegas in 1999.

"It certainly is in that sphere of landmark, high profile, extraordinary auctions," Ettinger told The Associated Press on Wednesday.

A representative for Michael Jackson said the pop icon was considering legal action to stop the auction planned for the Hard Rock hotel resort in Las Vegas.

"Mr. Jackson was not aware and he is extremely upset that his memorabilia was included amongst the memorabilia that is being auctioned off," said Raymone K. Bain, Jackson's spokeswoman in Washington, D.C.

The former owner, Henry Vaccaro, claimed a warehouse full of Jackson memorabilia after a failed business venture wound up in bankruptcy court. Michael Jackson and Janet Jackson sued to stop Vaccaro from taking ownership, but a Los Angeles judge threw out Michael Jackson's claim in 2006.

Pease claimed during the unsuccessful prosecution of Michael Jackson on child molestation charges that he turned over items from the warehouse in Oxnard, California, to the Santa Barbara County, California, district attorney's office that included skin bleach, soiled underwear, sexual videotapes and sexual paraphernalia.

Ettinger said parts of the warehouse collection - mostly personal and performance items belonging to of Michael, Janet, Jermaine, Tito, La Toya, and other Jackson family members - would be previewed to the media Thursday at Guernsey's Auction House in New York.

He said other items date to the 1960s, when Jackie, Tito, Jermaine, Marlon and Michael toured as The Jackson Five. Included are a test pressing of the 1969 hit "I Want You Back," the first No. 1 single for The Jackson Five.

Also offered will be Marlon Jackson's glitter jacket, costumes from the five boys' appearance on Sonny and Cher's television show in 1974, and a Mae West costume worn by a young Janet Jackson when she performed with all nine Jackson children at the MGM Grand hotel in 1974.

Michael Jackson has been living in Las Vegas while he evaluates proposals for a comeback after his June 2005 acquittal in Santa Barbara County.

His father, former Jackson Five manager Joe Jackson who also lives in Las Vegas, did not respond to a telephone message seeking comment.