The recent studies found that circumcision can dramatically reduce the risk of AIDS infection, so New York City health officials have begun making plans to urge circumcision for men at high risk of contracting AIDS. 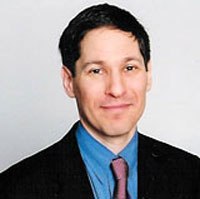 The city Department of Health and Mental Hygiene has asked some gay rights groups and community organizations to discuss circumcision with their members and has approached the agency that runs city hospitals and health clinics about offering the procedure for free to men without health insurance, The New York Times reported in Thursday's editions.

However, a spokeswoman for the hospital agency, the Health and Hospitals Corporation, said it had not reached a decision.

U.N. health agencies last week recommended circumcision for heterosexual men, after three studies in Africa found that the procedure reduced men's chances of contracting HIV by up to 60 percent.

Calling New York City "the epicenter of the AIDS epidemic" in the United States, Health Commissioner Thomas Frieden suggested circumcision could help prevent infections, despite differences between the populations at risk in Africa and in New York.

The African studies, conducted in Uganda, Kenya and South Africa, involved men who said they had sex with women. In New York, those at highest risk are men who have sex with men, men who inject drugs and their sexual partners, according to The Times.

Some local AIDS activists are divided on the issue. Some doubt that encouraging circumcisions can significantly decrease infection rates, while others suggest the issue needs a study specific to New York.

"Should we proceed when we don't have hard data yet on the population here?" asked Peter Staley, a longtime AIDS activist and co-founder of ACT-UP New York. "On the other hand, if we wait the three years it would take to answer that question, how many will be infected in the meantime?"

About 65 percent of all male babies in the United States are circumcised, according to the National Center for Health Statistics. Worldwide, about 30 percent of men are, the World Health Organization estimates.

In New York, black, Hispanic and foreign-born men are less likely to be circumcised than white Americans, Frieden said.