US judge grants child custody to Whitney Houston, divorce from Bobby Brown to be final

Whitney Houston's 14-year marriage to Bobby Brown will officially end later this month and she will gain custody of the couple's teenage daughter, a judge ruled. 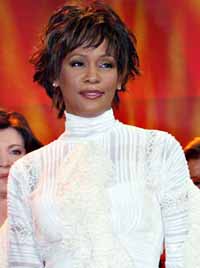 US judge grants child custody to Whitney Houston, divorce from Bobby Brown to be final

The singer dabbed her eyes with a tissue as Orange County Superior Court Judge Franz E. Miller ruled the divorce will become final on April 24. Brown did not attend the hearing Wednesday.

Houston testified she did not need spousal or child support and that her 14-year-old daughter, Bobbi Kristina, could not depend on Brown.

"He's unreliable," Houston told the judge. "If he says he's going to come, sometimes he does. Usually he doesn't."

After the hearing, Houston declined to comment to reporters.

Brown's attorney, Ram Cogan, said he will seek to overturn the judge's decision.

Houston filed divorce papers in October, citing irreconcilable differences. She was granted a default judgment in December to speed up the divorce. Miller's ruling Wednesday upheld the terms of that judgment.

Houston and Brown wed in 1992, when she was at the height of her fame as a Grammy-winning superstar known for hits such as "I Will Always Love You."

During their tumultuous marriage, Brown was arrested for drugs and alcohol, and Houston twice entered drug rehabilitation programs.