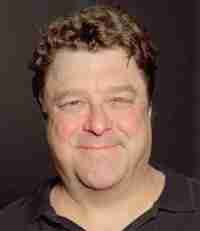 American actor John Goodman is sued by German production company for he broke the agreement to star in one of its films.

Constantin Film Produktion alleges that Goodman agreed to receive US$500,000 to appear in "Pope Joan," which was scheduled to begin filming in May, according to papers filed Tuesday in Los Angeles Superior Court. On March 14, Goodman's representatives informed Constantin via e-mail that the actor would not be appearing in the film, the papers claimed.

The suit seeks damages of about $3 million.

A message left with Goodman's agent was not immediately returned Tuesday.

In a statement to celebrity news Web site TMZ, Goodman's publicist, Stan Rosenfield, said: "There were talks about Mr. Goodman participating in the 'Pope Joan' project, although no agreement was ever reached. This is a frivolous lawsuit."

Goodman is best known for playing Dan Conner on the hit sitcom "Roseanne" in the 1980s and 1990s. He appears alongside Steve Carell in the upcoming comedy "Evan Almighty."