Heather Mills: 'All I did was to fall in love with someone madly'

Heather Mills says her love does not cost a thing. 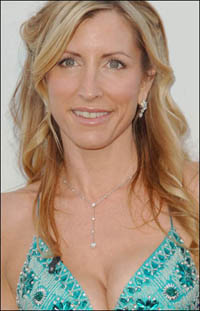 Heather Mills: 'All I did was to fall in love with someone madly'

"All I did was to fall in love with someone madly, and I'm constantly being vilified in the press for it," Mills tells E! Entertainment Television's "E! News" in an interview that was to air Tuesday night.

The 39-year-old activist has frequently complained of being knocked down by the media since she and former Beatle Paul McCartney, 64, separated last May after four years of marriage. The couple, who have a 3-year-old daughter, Beatrice, began divorce proceedings in July.

"People label me a gold digger and, if I was, I would've been a very wealthy woman when I met Paul, and that wasn't the case at all," she says.

Mills is the first contestant with an artificial limb to compete on ABC's "Dancing With the Stars." She lost the leg in a motorcycle accident in 1993.

"Starting in a few weeks, I will start flying back and forth to England every week to be with my daughter as she goes back to school," says Mills, who is in Los Angeles for the TV dance competition.

"My husband and I share 50/50 custody because I've always felt the father is just as important as the mother," she adds.

While Mills remains on the show - a celebrity is voted off each week - she will fly home Tuesday and return to Los Angeles on Sunday evening - "mostly practicing in the aisles on the plane," she jokes.