Indian model-turned-actress Bipasha Basu says she is proud of her boyfriend John Abraham for succeeding in Bollywood on his own. 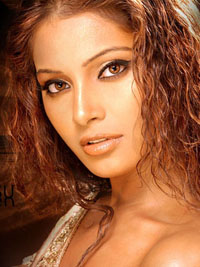 "I feel so proud of John. No one has seen his growth as I have because I have been with him everyday," Basu told the movie magazine Filmfare for its March issue.

"He had no backing. I can't explain just how proud of him I am," she said.

Bollywood heartthrob Abraham is considered one of the sexiest stars of the Bollywood, India's wildly popular Hindi-language movie industry.

A top model, he starred in a string of flopped movies before striking fame with the 2004 film "Dhoom (Big Bang)."

He recently won praise for acting as a law student who falls in love with a widow in "Water," a movie that was nominated in the foreign film category for the Oscars, but did not win, reports AP.

"I have seen established actors who used to ridicule him, when he came on my set to meet me, call him 'brother' now. John has worked for his success," Basu said. "I always hoped John would be a huge star, and today he is."