Heather Mills says 'huge powers' are out to get her

Heather Mills said Thursday she is the victim of a campaign of vilification by the press, and insisted she will always love her estranged husband, Paul McCartney. 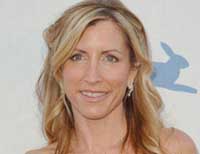 Heather Mills says 'huge powers' are out to get her

Mills said "huge powers" were arrayed against her as she divorces the former Beatle.

"There is a huge agenda behind trying to destroy me and put me down," Mills told British Broadcasting Corp. television.

Mills, 39, has complained of being harassed and vilified by the media and of receiving death threats since she and McCartney, 64, separated last May after four years of marriage. The couple, who have a 3-year-old daughter, began divorce proceedings in July.

"I'm not a publicity seeker. ... I haven't gone 'round promoting things to finance my own pockets," Mills said during an interview to promote a campaign against the use of farrowing crates in pig farming.

"He's the father of my child and I'll always have strong feelings for him."

Mills began legal action against a number of media outlets after disparaging claims about her husband, alleged to have been contained in divorce court papers drawn up on her behalf, were reported in the press.

She told the BBC she planned to campaign for a new law against press intrusion.

"I sue them; I generally win; I get a two-line apology," she said.

"My next campaign is going to go to the European Parliament to create a law of not misinforming the public, and the size of the lie that they say should be the size of the apology."

Mills, who lost her leg below the knee in a 1993 motorcycle accident, is due to appear on the U.S. TV show "Dancing with the Stars." She has said she plans to donate her appearance fee to an animal rights charity.

Also Thursday, police in Hove, southern England, said they were dealing with a "disproportionate" number of calls from Mills.

Chief Superintendent Kevin Moore of Brighton and Hove Police said the force had dealt with four emergency calls from Mills in a 24-hour period, but had found no grounds for further action.

"We are duty-bound to respond, but clearly people who make lots of calls to the police run the risk of being treated as the little boy who cried wolf," he said.