The child that Angelina Jolie plans to adopt in Vietnam is a little boy and he will probably be moving to the United States with the Hollywood superstar in no more than three months, Vietnam's top adoption official said Wednesday. 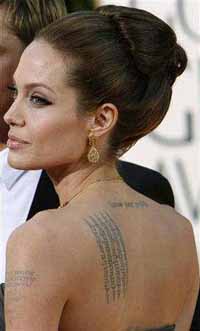 Jolie chose the child, who is between 3 and 4 years old, during a recent visit to the Tam Binh orphanage on the outskirts of Ho Chi Minh City, said Vu Duc Long, the head of the Justice Ministry's international adoption department in Hanoi.

Under ordinary circumstances, Long said, it takes about 4 months to process an adoption after the forms arrive at his office. If the prospective parent has already chosen a child, the adoption can be completed in just three months.

"Three months would be the longest," Long said, adding that Jolie's case could be processed faster than that.

Long confirmed last week that Jolie had filed adoption papers, but did not provide any details about the child or how long the process would take.

Jolie initiated the adoption process in the United States, but her application only arrived at Long's office last week. His department has approved the application and sent it to officials in Ho Chi Minh City, who must also review it.

Jolie and her superstar partner, Brad Pitt, have three children: 5-year-old Maddox, adopted from Cambodia; 2-year-old Zahara, adopted from Ethiopia; and another daughter, Shiloh, who was born to the couple in May, reports AP.

The pair made a surprise visit to the Tam Binh orphanage at Thanksgiving, when they were spotted cruising around Ho Chi Minh City on a motorbike.