So you may have heard: Paris Hilton was ticketed the other day for driving with a suspended license. 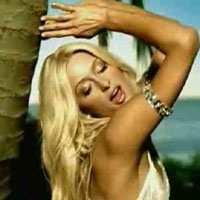 Not huge news, even by celebrity-gossip standards. Here at The Associated Press, we put out an initial item of some 300 words. But it actually meant more to us than that.

It meant the end of our experimental blackout on news about Paris Hilton.

It was only meant to be a weeklong ban - not the boldest of journalistic initiatives, and one, we realized, that might seem hypocritical once it ended. And it wasn't based on a view of what the public should be focusing on - the war in Iraq, for example, or the upcoming election of the next leader of the free world, as opposed to the doings of a partygoing celebrity heiress/reality TV star most famous for a grainy sex video.

No, editors just wanted to see what would happen if we didn't cover this media phenomenon, this creature of the Internet gossip age, for a full week. After that, we'd take it day by day. Would anyone care? Would anyone notice? And would that tell us something interesting?

It turned out that people noticed plenty - but not in the way that might have been expected. None of the thousands of media outlets that depend on AP called in asking for a Paris Hilton story. No one felt a newsworthy event had been ignored. (To be fair, nothing too out-of-the-ordinary happened in the Hilton universe.)

The reaction was to the idea of the ban, not the effects of it. There was some internal hand-wringing. Some felt we were tinkering dangerously with the news. Whom, they asked, would we ban next? Others loved the idea. "I vote we do the same for North Korea," one AP writer said facetiously.

The experiment began on Feb. 19. A few days before, the AP had written from Austria about Hilton's appearance at the Vienna Opera ball, just ahead of her 26th birthday. We didn't cover her weekend birthday bash in Las Vegas.

During "blackout week," the AP didn't mention Hilton's second birthday party at a Beverly Hills restaurant, at which a drunken friend reportedly was ejected by security after insulting Paula Abdul and Courtney Love. And editors asked our Puerto Rico bureau not to write about her visit there to hawk her fragrance. However, her name did slip into copy unintentionally three times, as background: in stories about Britney Spears, Nicole Richie, and even in the lead of a story about Democrats in Las Vegas.

Then Hilton was arrested on Feb. 27 for driving with a suspended license - an offense that could conceivably lead to jail time because she may have violated conditions of a previous sentence. By that time, our blackout was over anyway, so reporting the development was an easy call. (On the flip side, we never got to see what repercussions there would have been if we hadn't.)

Also by then, an internal AP memo about the ban had found its way to the outside world. The New York Observer quoted it on Wednesday, and the Gawker.com gossip site linked to it. Howard Stern was heard mentioning the ban on his radio show, and calls came in from various news outlets asking us about it. On Editor and Publisher magazine's Web site, a reader wrote: "This is INCREDIBLE, finally a news organization that can see through this evil woman." And another: "You guys are my heroes!"

We felt a little sheepish that the ban was over, and braced ourselves for the comments that would come when people realized it wasn't permanent.

We also learned that Lloyd Grove, former columnist for the New York Daily News, had attempted a much longer Paris Hilton blackout. He began it a year into his "Lowdown" column and stuck to it, he says, for two years until the column was discontinued last October - except for a blind item (no names) about Hilton crashing a pre-Oscar party.

So was Grove attempting to raise the level of discourse in our society by focusing on truly newsworthy subjects?

Well, not really. "The blackout was a really heartfelt attempt on my part," he says, "to get publicity for myself."

A trait that Hilton, it must be said, has turned into an art. Grove thinks the so-called "celebutante" achieved her unique brand of fame because she boasts an irresistible set of traits: wealth, a big name, beauty with a "downmarket" appeal, and a tendency to seem ... oversexed. "This is what mainstream society celebrates," he says. "She is, in the worst sense, the best expression of the maxim that no bad deed goes unrewarded in our pop culture."

One measure of Hilton's fame: She was No. 5 last year on the Yahoo Buzz Index, a list of overall top searches on the Web site (her ever-so-brief buddy Spears is a perennial No. 1).

Another is that US Weekly has at least a mention or a photo in just about every issue. "People now come to expect to see pictures of her," says Caroline Schaefer, deputy editor of the celebrity magazine. "They're intrigued by her unshakable self-esteem. People are fascinated by that."

Jeff Jarvis, who teaches journalism at the City University of New York, decries the "one-size-fits-all disease" afflicting media outlets, who feel that "everybody's covering it, so we must, too." Even The New York Times, he noted, had substantial coverage of a hearing concerning where Anna Nicole Smith - perhaps the one person who rivaled Hilton in terms of fame for fame's sake - would be buried, the AP says.

"That disease leads to the Paris Hilton virus spreading through the news industry," says Jarvis, who puts out the BuzzMachine blog.

So what have we learned from the ban? "It's hard to tell what this really changes, since we didn't have to make any hard decisions," says Jesse Washington, AP's entertainment editor. "So we'll continue to use our news judgment on each item, individually."

Which means that for the immediate future, if not always, we'll still have Paris.