A film production company co-founded by Madonna will enter mediation talks with another company in an attempt to settle a legal dispute over competing plans to make a movie on prisoner abuse, both sides told a judge Monday. 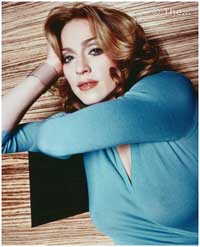 Attorneys for Madonna's Maverick Films and Beverly Hills-based Inferno Distribution were ordered by a Los Angeles Superior Court judge to report back on May 22 to provide an update on the mediation efforts.

Inferno Distribution countersued last December, alleging slander, unfair competition and interference with contractual relations. The countersuit said the company was trying to make an English-language version of a German movie that examined the psychological effects of prison, reports AP.

Maverick Films was founded by Madonna and Maverick Records executive Guy Oseary in 2001. The company acquired rights to the story in 2002 from Stanford University psychologist Philip G. Zimbardo, who conducted an experiment on obedience in 1971.