Movies from Robert De Niro, Clint Eastwood and Steven Soderbergh will rub shoulders at this year's Berlin film festival with productions from Israel and China, as well as a strong contingent from France, organizers said Tuesday. 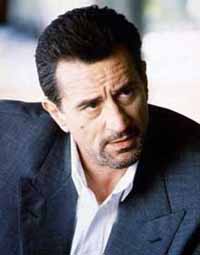 The annual "Berlinale," now in its 57th edition, runs from Feb. 8 to 18. The first major European film festival of the year, its program blends major Hollywood names with productions large and small from around the world.

The 22 movies competing for the top Golden Bear award include De Niro's "The Good Shepherd," starring Matt Damon as an agent in the early days of the CIA; and Soderbergh's "The Good German," with George Clooney as an American journalist lured into a murder mystery in post-World War II Berlin.

Also in the running is "Bordertown," directed by Gregory Nava, in which Jennifer Lopez plays a reporter sent to Mexico to investigate a series of killings of women.

The festival opens with one of four competitors from French directors a world premiere of "La Vie en Rose," directed by Olivier Dahan. The movie follows the life of legendary French singer Edith Piaf, played by Marion Cotillard.

Andre Techine contributes "Les Temoins" ("The Witnesses"), a film about the emergence of AIDS in the early 1980s, starring Emmanuelle Beart. Also from France comes Jacques Rivette's "Ne touchez pas la hache" ("Don't Touch the Axe"), based on a Balzac novella, whose stars include Guillaume Depardieu.

French director Francois Ozon will compete with the English-language "Angel," starring Charlotte Rampling the festival's closing film. The partly German-produced "When A Film Falls In The Forest," directed by Ryan Eslinger, will bring Sharon Stone to the festival.

"The whole question of where films actually come from, what nationality they are, has become more complicated," festival director Dieter Kosslick said.

The festival has traditionally struggled to compete with its counterparts in Venice and Cannes in terms of glamour.

Kosslick said he was confident that "there will be enough star power in town," with De Niro, Lopez, Stone, Cate Blanchett and Judi Dench among the guests expected in midwinter Berlin.

Eastwood, whose Oscar-nominated World War II saga "Letters From Iwo Jima" is screening out of competition, also is to attend.

The Berlinale's top prize often has gone to less heralded productions such as last year's winner, Jasmila Zbanic's "Grbavica," a movie examining how a single mother and her 12-year-old daughter struggle with the aftermath of the Bosnian war, reports AP.

Among this year's contenders are an Israeli entry, "Beaufort," which follows a military unit in southern Lebanon in 2000.

The winner will be chosen by a seven-member jury led by "Taxi Driver" screenwriter Paul Schrader. It also includes actors Willem Dafoe and Gael Garcia Bernal.