Paris Hilton filed a federal lawsuit Monday, seeking to shut down a Web site that displays personal photos, videos, diaries, and other belongings once kept at a storage facility. 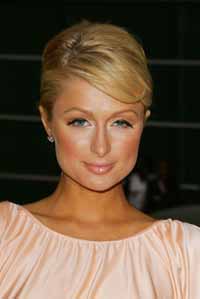 The Web site was launched last week claiming the items were auctioned off after Hilton neglected to pay the Los Angeles-area storage facility. It also promises visitors who pay a fee of $39.97 (Ђ30.93) access to Hilton's passport, medical records and other legal documents.

In her lawsuit, Hilton said she put her possessions in storage two years ago when she and her sister, Nicky, moved out of a house that had been burglarized.

The 25-year-old heiress said a moving company was supposed to pay the storage fees and was "shocked and surprised" to learn her belongings were sold at a public auction, reports AP.

"I was appalled to learn that people are exploiting my and my sisters' private personal belongings for commercial gain," Hilton said in a declaration supporting the lawsuit, adding she was concerned the information could be used for identity theft or harassment.

The lawsuit alleges defendants Nabil and Nabila Haniss paid $2,775 (Ђ2,148) for the contents of the storage unit and later sold the items for $10 million (Ђ7.74 million) to entrepreneur Bardia Persa, who created the site.

Phone numbers for Nabil and Nabila Haniss of Culver City could not be located. Persa did not immediately respond to an e-mail Monday seeking comment.

Hilton's publicist Elliot Mintz said that she would like the site shut down and "would like all of these items returned to her."