A special effects assistant was critically injured after a simulated stinger missile exploded during preparations for a scene for an upcoming Tom Hanks movie, authorities said. 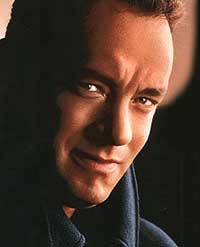 The assistant, whose name was not immediately released, was taken to a nearby hospital after the explosion Thursday afternoon at Downey Studios, a former aerospace factory 10 miles (16 kilometers) southeast of downtown Los Angeles.

The assistant was in critical condition while undergoing surgery Thursday evening, a supervising nurse at St. Francis Medical Center said.

A group of special effects specialists were testing the handheld device at the time of the explosion, said Downey Fire Capt. Darren Moon. The device had been scheduled to be launched from a helicopter during filming Friday, Moon said.

Stars of "Charlie Wilson's War," which include Hanks and Julia Roberts, were not on set at the time, Moon said, reports AP.

The movie is based on a nonfiction book about former congressman Charlie Wilson's covert dealings to fund the CIA's secret war against the former Soviet Union in Afghanistan during the 1980s.

The cause of the explosion was under investigation.