The childhood home of former Beatle Ringo Starr may be saved from the wrecking ball. 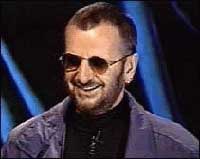 Negotiations are under way to dismantle the condemned Liverpool row house and rebuild it as part of a major new museum in the northwestern English city, officials said Wednesday.

Flo Clucas, a city councilor who has fought to save the house, said it would form "a significant tourist attraction within the new building."

Despite protests from Beatles fans, Liverpool City Council in 2005 approved the demolition of the tiny Victorian house in Madryn Street, one of more than 400 properties to be razed for a redevelopment project.

The council ruled that the house, where Starr born Richard Starkey lived for about three months before his family moved to another street nearby, had no historic significance.

The former Beatle has criticized the plan to demolish the homes, saying they should be restored instead.

National Museums Liverpool said talks were under way with the council and the house's owner to preserve the home as part of the new dockside Museum of Liverpool, slated to open in 2008, reports AP.

Clucas said the house had major cultural significance, both for Beatles fans "and to help tell the story of streets like Madryn Street to the wider world. I think that's well worthwhile."

The childhood homes of John Lennon and Paul McCartney are both owned by the National Trust heritage group and are open to the public.